From: Tabloid Watch
A MailOnline article (published 4 February, last updated 07:35 today) about the snow includes this photo of York’s Stonegate: 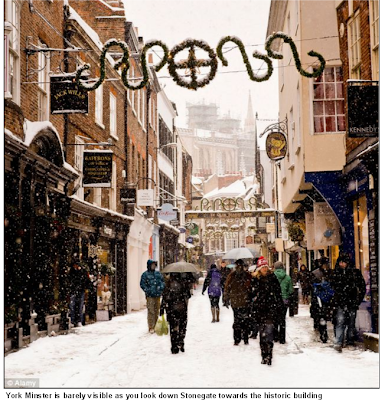 How strange that York appears to have Christmas decorations up in early February. They don’t, of course. It’s just that the MailOnline has included an old photo – one that was taken on 1 December 2010.

York only had the lightest sprinkling of snow overnight, all of which had gone by mid morning.

The Express was caught out last month using an old snow scene photo and claiming it was new.

(Hat-tips to YorkMix and Jerry Ibbotson)