It looks like North Korea found something they can do better than South Korea – the art of Photoshop. 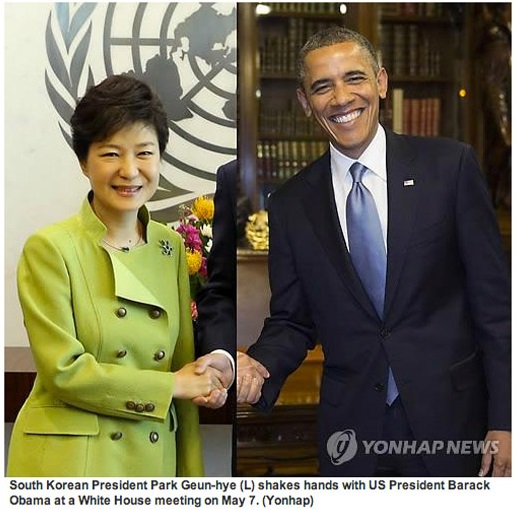 As many newspapers have pointed out, there are actual photos of President Obama and President Park Geun-hye shaking hands. So why the two-room, three-handed slapdash of a picture? Commentary about the nature of international politics, or is the border in Korea so bad that this is what Yonhap News thinks a unified picture of diplomacy looks like?

The original was found by Gizmodo.