Whilst not quite a Gee Bee, I picked up this Lego Air Racer to go along with the theme.

Judging by the pylons on the box art it’s more like a Red Bull Air Race plane.

Overall, I’m not that impressed by the model (and not only because it’s not really a candidate for a Gee Bee conversion).  The Pictures on the box are about the only angles that make it look good 🙁

First pass at modifying the stock plane into a smaller Lego Gee Bee.  Main changes were shortening the wings and fueslage, and a reprofiling of the tail. 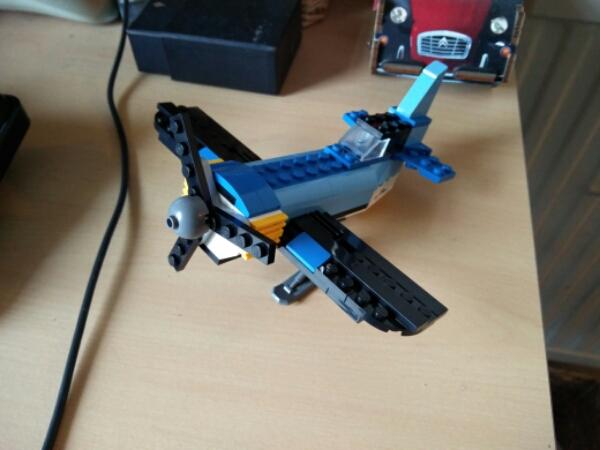 Picked up the Twin Spin Helicopter set as it has some parts that look like they will be useful for the Gee Bee.

One of the models is a propeller plane that looks like a good base for a smaller Gee Bee. 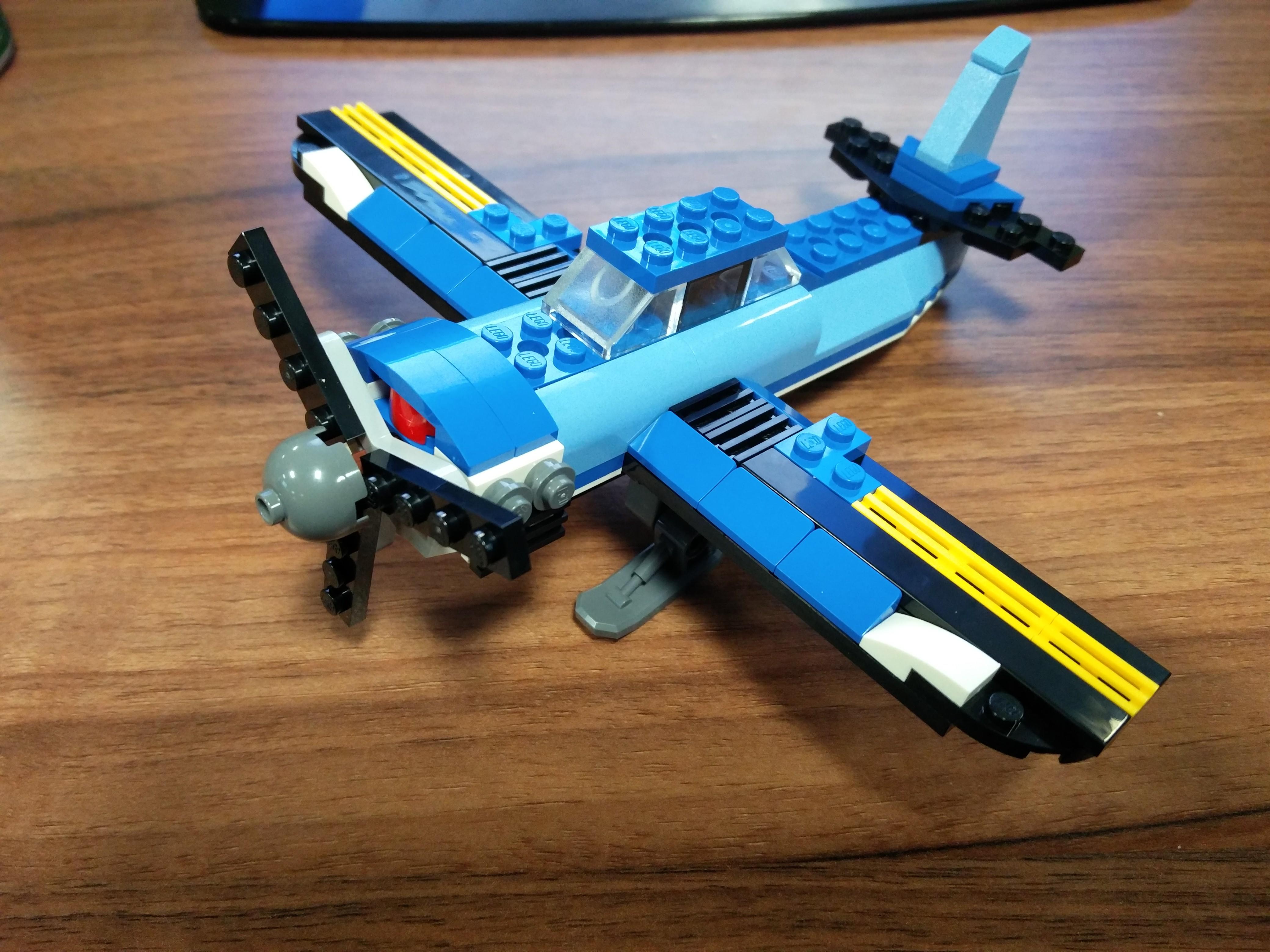 Spent some time today re-working the fuselage of the stock Aviation Adventures kit to make it look more like a Gee Bee Model R.

At this point I’m working entirely with the parts that came with the kit, I’ve not delved into my bits box, so whilst some of the colours aren’t ideal I’m happy with the overall shape I’ve achieved.

It’s now recognisable as having the characteristic shape of a Gee Bee racer but the wings are much too big – tackling them will be the next task on this build.

Setting up for my next Lego project, something that could have rolled out of Granville Brothers former dance hall in Springfield.  Ideally I’d like to get as close to a Model R as possible but it’s not an easy shape to reproduce in Lego.

For the starting point I’ve used an off-the-shelf kit, Aviation Adventures which has a plane as the featured build.  With the big rotary engine and the rounded wings it’s got two elements that are a key part of the Gee Bee designs.

There are some nice features of the model that I won’t be retaining, first is when you slide the tail wheel backwards and forwards it works a bi-directional gear assembly that turns the propeller.  It’s nice but it’s going to be to restrictive to retain.

The other is the retractable undercarriage, again a nicely implemented feature but the Gee Bees had fixed, spatted, undercarriage and housing it makes the wing more restrictive.