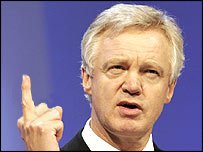 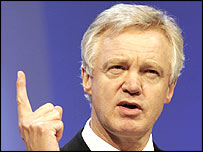 In this sense “opposition” does not necessarily mean contact of sticks: it means the riposter holding his stick or basket during and just after his riposte in such a position as to screen himself from remise or redoublement.

The humans also get 1D6 CP at the beginning of their turn. These may be spent at any time during either side’s turn. Unused points do not carry over.

BLASTER CARBINES (Unlimited ammo)
Trooper’s blaster carbines have unlimited range and require a 6 from 2D6 to kill. For each sequential action spent firing at the same target without the firer moving the score required to hit goes down by 1.

GATLING CANNONS (10 rounds/reload)
Gatling cannons have unlimited range and require a 5+ from 3D6 to kill. The cannon will jam on any tripple, after making any kills rolled. If fired in sustained mode, and providing they have enough ammo, the trooper may fire up to five shots at any available target(s).

INFERNO CANNONS (12 rounds/reload)
An inferno marker can be placed in any square within 12 squares and LOS. Up to five more markers may be placed in a chain from this marker (but still within 12 squares of the firer, LOS not required). If a square contains a bug or a blip it will kill it on a 2+ from 1D6, troopers are killed on a 4+ and doors cannot be affected. Inferno markers are removed at the beginning of the human player’s turn.

BUG HUNTER MISSILES (4 rounds/reload)
Can be fired at bugs or blips up to 18 squares away with no line of sight required. The missile takes the shortest route to the target and and will impact on the first door, bug, blip or trooper in the way. Score required to kill: Bug/blip – 4+; Door/Trooper – 5+;

OVERKILL
If more than one kill is rolled then surplus kills may be used to kill targets in adjacent squares (subject to LOS and range).

OVERWATCH
Troopers with blasters or gatling cannons can be placed on overwatch. When on overwatch any movement within LOS and 12 squares will allow a ‘free’ shot at the moving target. Blasters will jam on any double (double 6 kills the target before jamming – see also overkill).

CLOSE ASSAULT
Bugs roll 3D6 and select the highest, humans roll 1D6. Whoever has the highest score kills their opponent. If the result is tied then neither combatant dies. Doors can be destroyed on a 6.

PLACING BLIPS
Blips are placed outside an entry point at the start of the bug’s turn. All blips must be placed before bugs start their movement. If a trooper is within 6 squares of an entry point freshly placed blips cannot enter and must remain off board untill the next turn. Once on the board, blips and bugs may not move off the board.

CONVERTING BLIPS
Blips may be voluntarily converted at any time during the bug turn. Blips must be converted when they move into the line of sight of a trooper or adjacent to his square. A bug must be placed in the square the blip was in and any other bugs must be placed in adjacent squares.

The Pathfinder Shas’ui, acting on instructions from a battlefield controller in the command centre, has positioned his squad atop a small bush covered ridge over-looking the valley sweeping up to the steep cliff on the other side. Through his visor’s augmented battle field overlay he can see the icon of a Broadside cadre just below the opposing cliff-top. As he looks out onto the plain he doesn’t need the aid of his visor to see the brightly painted Gue’la tanks and supporting infantry carriers moving toward the trap about to be spring.

As the vehicles approach his position and the cluster of target icons that have been allocated to his cadre begin to separate out into discernible targets he allocates them to other team leaders and warriors in his team, watching as the icons for rail rifles and marker lights turn red as each in turn acknowledges his target knowing the same information is appearing on the holo-visualiser in front of the Aun in his Dragonfish high above the battle.

As the Gue’la vehicles enter the jaws of the trap the battle group receives clearance to fire and he aims your marker light at the lead troop carrier. When his visor’s motion tracker confirms a lock he indicates that he wants missile allocation. During the, seemingly interminably long, fraction of a second it takes for the icon to turn gold confirming launch he thinks back to the classroom of his basic training and remembers the schematic of guided missile operations:

“When the warrior marks a target the battle-net system allocates a missile to him based on a complex algorithm that factors in the number of missiles that have been made available for free launch by vehicle commanders and their distance from the requesting units – taking account of all requests and available missiles within the sector of operations. The missile may be fired from the transport next to the marker or from a fighter bomber as it passes within range of the target as the request is registered, but the battle-net’s algorithm means that the warrior does not need to concern himself with these details. Once the battle-net has confirmed the availability of a missile to the warrior via his hard-wired helmet visor systems he triggers it’s launch. The battle-net system then sends a launch command along with the target co-ordinates and the firer’s markerlight frequency signature to the missile’s drone brain. The missile navigates itself toward these target co-ordinates until it identifies the markerlight signature it has been keyed into and then rides the reflected light onto its target.”

Before the visor has picked up the signal from the drone controlling the missile allocated to his target and started displaying its distance-to-target countdown he sees the Broadsides on the opposite cliff top stand erect and ribbons of ionised air trace their path to explosions amid the lead tanks. At the same moment the rail rifles of his cadre sow destruction amongst the transports before the missiles rain down onto the thinner top armour of the remaining targets.
With the smoke resulting from the barrage clearing he is already searching for a new target with his markerlight as he hears the hiss of the crisis teams’ jet packs as they bound from the back slope behind and into the melee. Even through the smoke, the icons projected onto the visor’s display from their IFF transmitters allows friendly troops to avoid placing fire dangerously close to their positions.

Some of the surviving Gue’la are now mounting a defence from the wreckage of their carriers and, as their heavy weapons out-range the Pathfinder’s pulse carbines, they are forced to pull back into cover breaking the markerlight lock for an incoming missile. It’s drone brain simultaneously searches for a new markerlight lock whilst trying to identify a target for itself and, unable to find a new lock, guides itself in using shape and pattern matching algorithms programmed in before the battle.

Just as the Gue’la are reorganising to mount a counter attack on the Pathfinder’s position, he sees through the smoke that the icons of a cadre of Fire Warriors in their Devilfish transports has enveloped the enemy’s rear and trapped them in the valley that has turned into a killing ground. 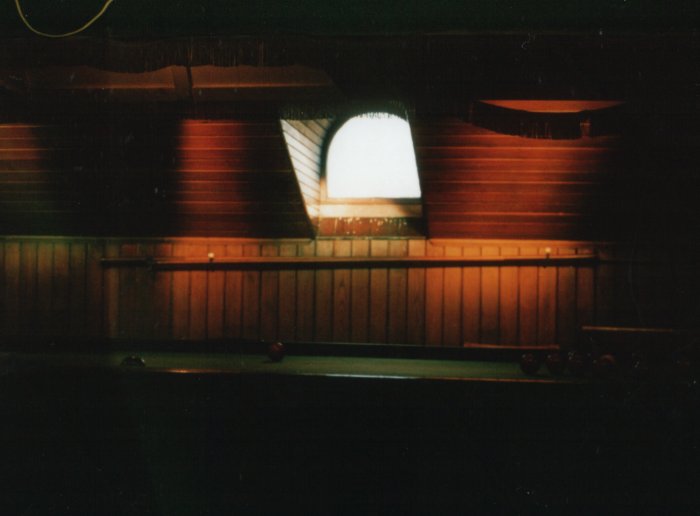 How to access the Beginning of the End feature in the Region 2, 3 disc, special edition of Memento:

1.5 Kilos of honey
Juice of two oranges and two lemons
Zest of one orange and one lemon
Yeast and nutrient

Bring the honey and zest to the boil in two or three times its volume of water. Stir with a stainless steel spoon until honey is dissolved, or it may burn. Skim off any scum which rises.

Activate the yeast in a little of the warm honey mixture. When the liquid has cooled pour into a fermentation vessel, add the juice, activated yeast and nutrient and top up with cold water. A fermentation vessel with a narrow neck and airlock is preferable.

Allow to ferment to completion and rack when the wine has cleared and no further bubbles are passing. Mead should be left to mature for a year after this. 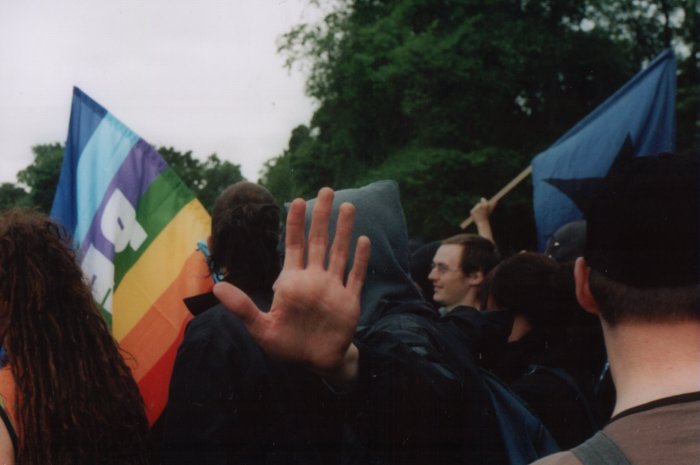 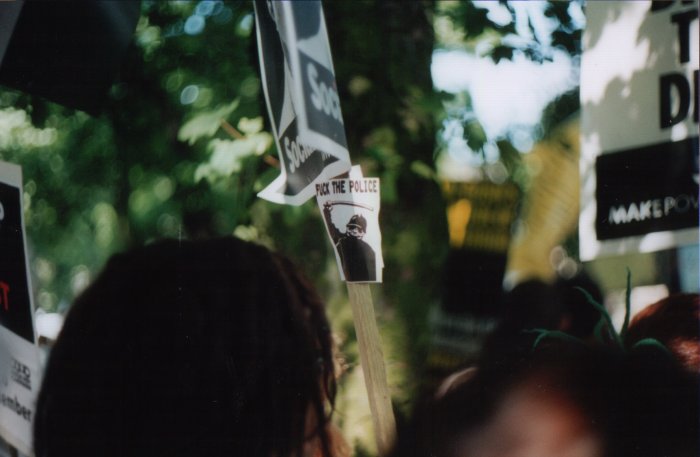 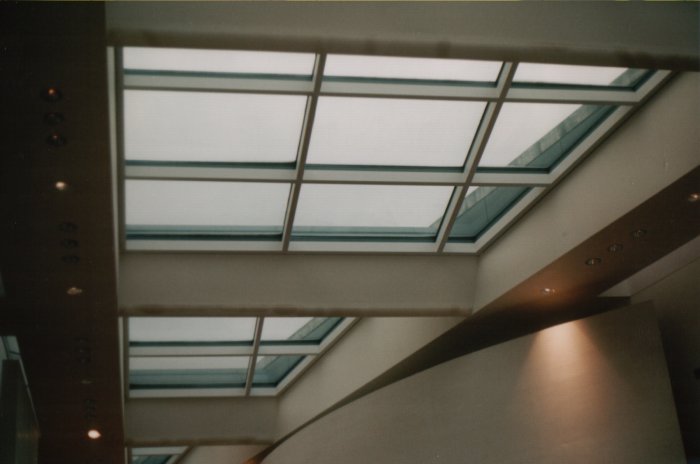