I got the chance to re-visit the site of the memorial to one of my childhood heroes, Louis Bleriot – the first person to cross the channel in a heavier than air aircraft. The memorial is situated at the spot his monoplane came to rest in the shadow of Dover castle in 1909.

Whilst I had been to the site of the landing previously it was little more than a clearing in the woods until 2009 when it was extensively renovated to mark the centenary of his achievement. It is well signposted from the A258 Guston road and there is a car park 100m from the memorial. Although in 1909 it was open grassland this is now an area of woodland. The memorial takes the form of the silhouette of a monoplane marked out with granite setts. 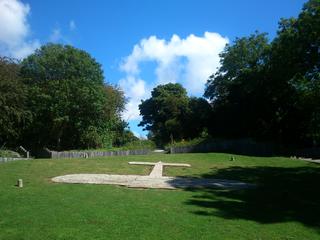 In the centre of the plane, approximately where the cockpit would have been, is a stone plaque marking the spot he landed and giving the date – Sunday 25 July 1909. 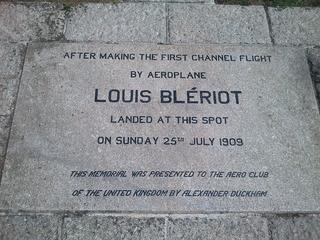 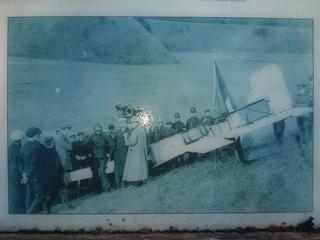 In the background of this photo can be seen some earthworks which are likely to be the footings of the East outer curtain wall of the Castle. It’s also obvious that the area is open grassland which means the current woodland is no more than a century old. 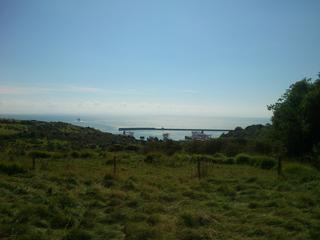 As a interesting sign of how technology has advanced in the century since Bleriot’s historic crossing of the channel, later that day whilst at the foot of the white cliffs my mobile roamed onto a French network, a common occurrence in this area according to a BBC news article.